This week I'm going to tell you a bit more about each of the new patterns I recently announced. Next up is Night Sky! 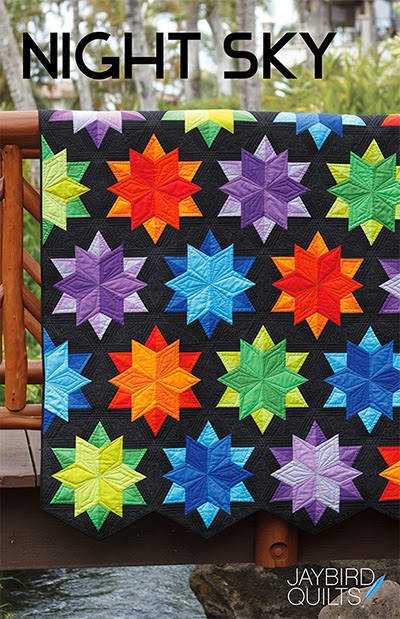 The awesome team over at Robert Kaufman has put the 16 colors I used together into a Jaybird Night Sky Fat Quarter bundle!! I'm SO excited about them!!

FYI, they will have a limited number of them during Sample Spree at Quilt Market next week. I'm planning to pick one up and have a giveaway here once I'm back from Quilt Market. 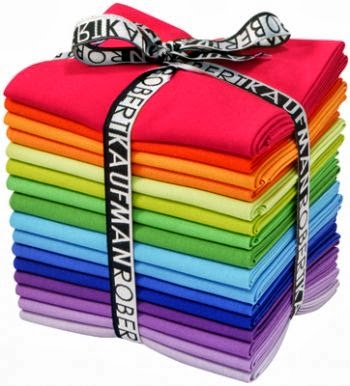 Here is the back of the pattern cover.
Each of my patterns now has its own hashtag! #NightSkyQuilt 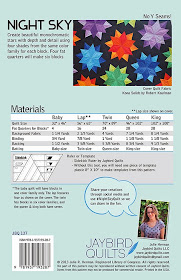 Here are the colors that I used to create the cover quilt. 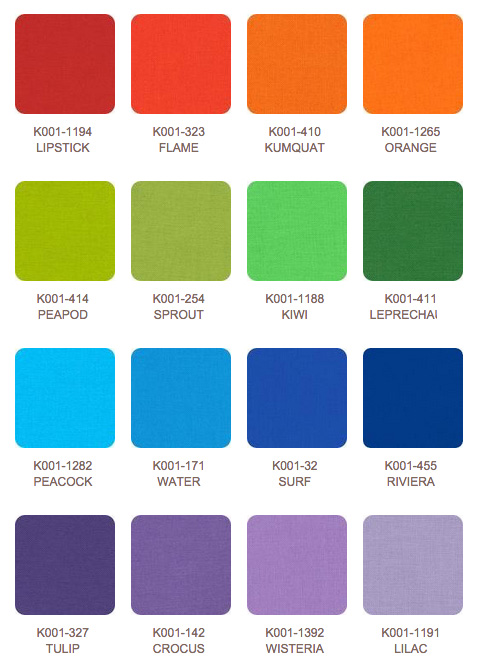 The baby quilt will have blocks in one color family only. The lap features four as shown on the cover. The twin has blocks in six color families, and the queen & king both have seven.

You can find more Night Sky fabric inspiration here, too. 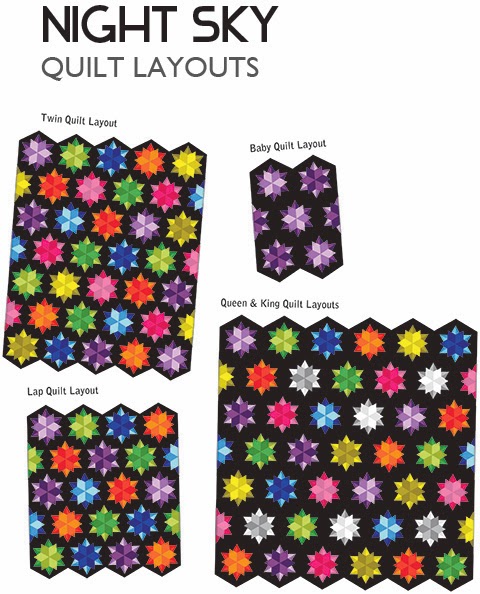 --
Here are some of the outtakes from our cover shoots. Lawrence & I also took night sky with us to Santa Barbara. 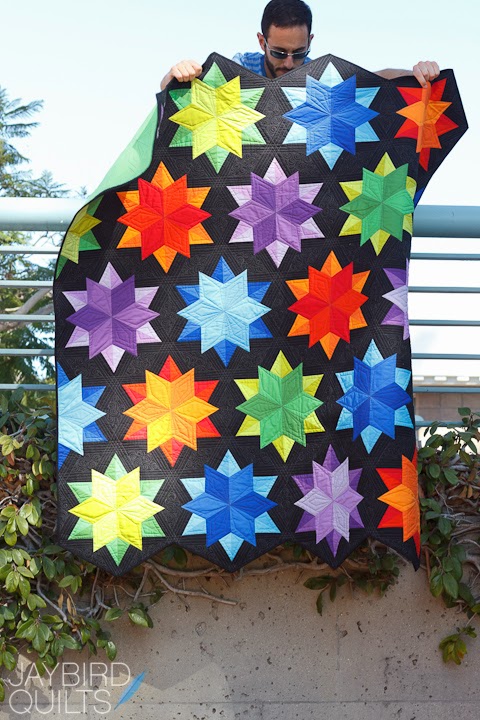 We tried to shoot the cover there... but never got the right shot. 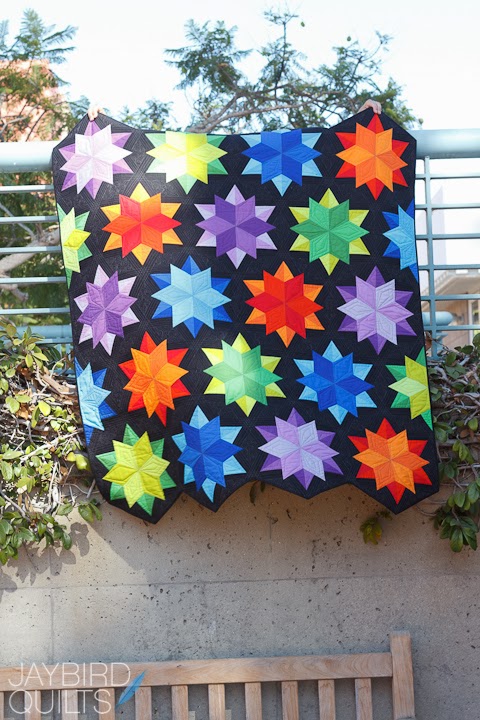 This could have worked if the lighting wasn't so strong from behind the quilt. 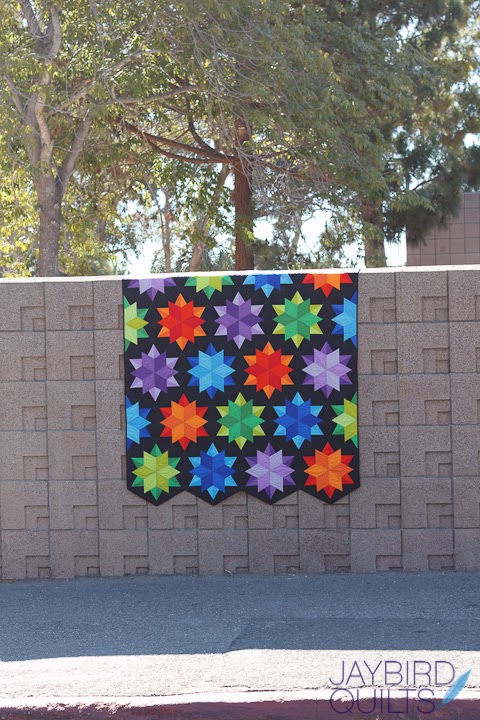 I was actually holding the quilt this time! Check out my tutorial on how to bind quilts with 120-degree angles to finish this quilt. 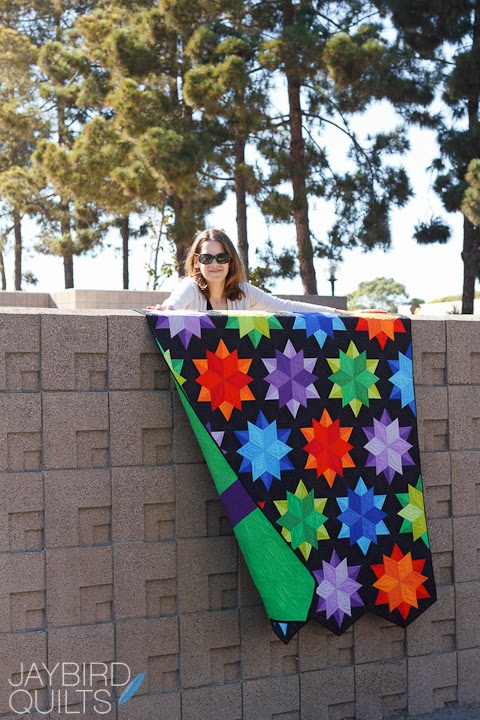 I did get a nice photo that shows the detail of Angela's quilting. In the background of Night Sky, Angela quilted straight lines that crossed each other. Inside the quilt blocks, she quilted geometric quilting designs using the points of the block as a reference. 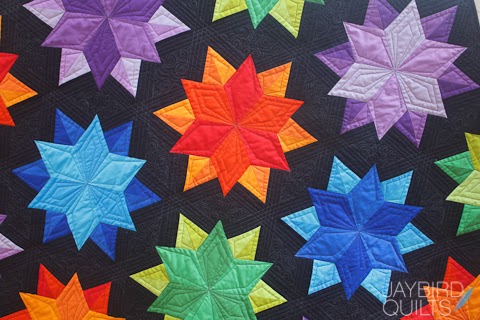 Since I didn't get the cover I wanted in Santa Barbara... I decided to bring the quilt to Hawaii!! 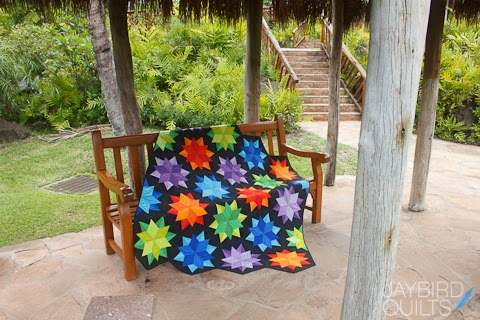 As soon as we discovered this bridge I knew the photo I wanted for the cover. Lawrence patiently held the quilt while I got the camera settings just right. 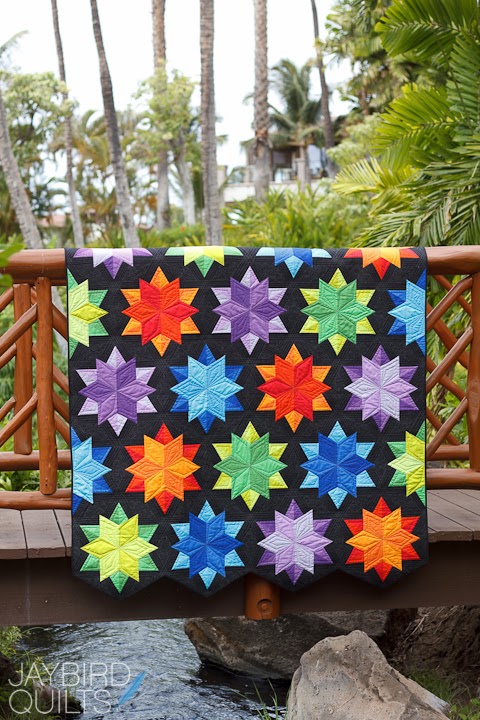 I think it is going to be hard find a more beautiful place to photograph my quilts! 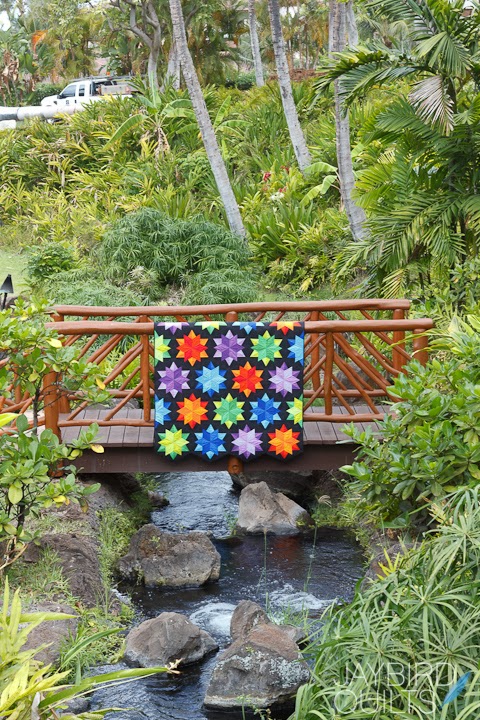